Macaca is a kind of Monkey. Monkey testing means smart and agile testing.

Macaca is cross-platform. It means you can use the same API to write test scripts, and same test scripts to test your apps running on devices such as iOS, Android or desktops. 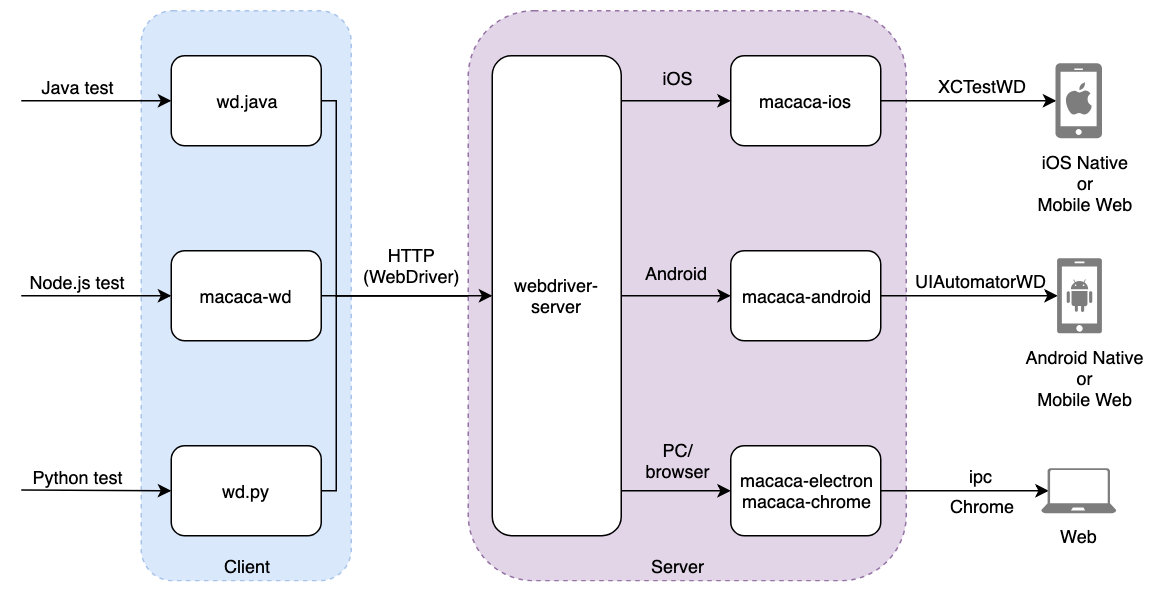 Macaca does not limit what languages you will use to write your tests.

To run Macaca, you need to have Node.js and npm installed.

To run your test against a particular platform (iOS, Android or web browsers), you need to set up for this platform. Don't worry, we do have macaca doctor help you inspect whether your environment is ready.

To quickly get to where you want to know, jump right in our Quick Start.

Macaca's core is a REST API web server. The server connects with clients, listens for requesting, executes request commands on a mobile device or a desktop browser, and responses with results conforming HTTP response protocol.

The beauty of a client/server architecture is that REST API and W3C WebDriver Wire Protocol opens the opportunities. Test codes can be written any common languages, as long as it has a http client API. On the other hand, the server can be on a different machine, or in cloud.

Client is where you write tests and execute them. Macaca doesn't limit what language you use. We provide Node.js, Java and Python API libraries to get you started quickly. 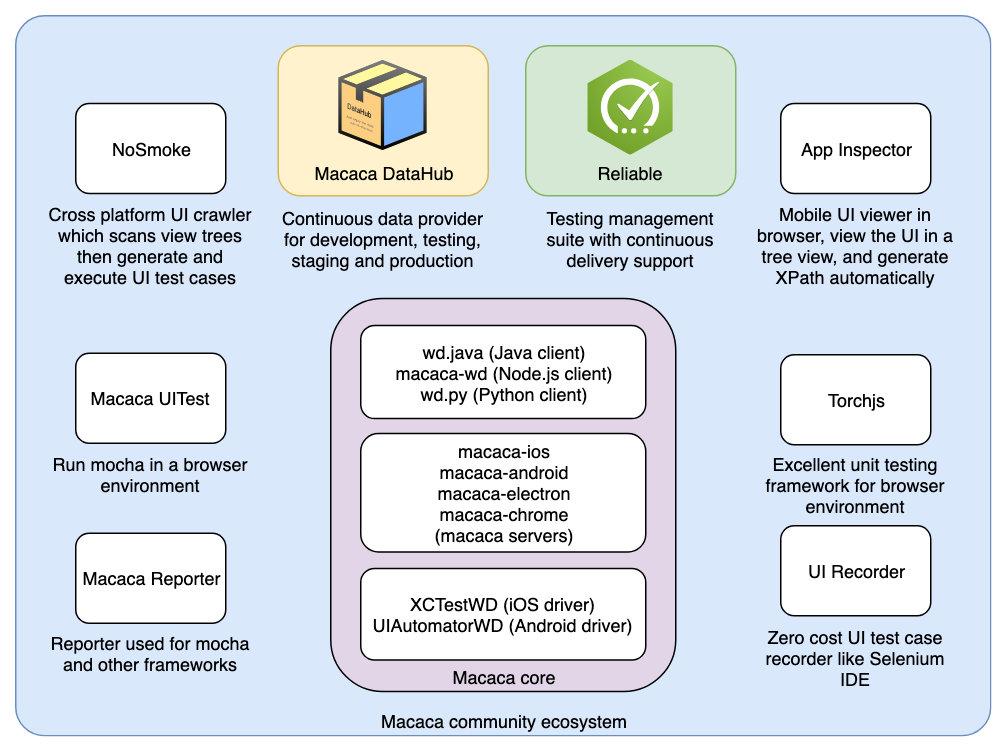